Terrorist Who Murdered  12 People In France Are  Killed By Police  ...

PARIS (Associated Press) — Two al-Qaida-linked brothers suspected in the Charlie Hebdo massacre came out of their hideaway with guns blazing Friday and were killed in a clash with security forces, French police said. Moments later, another hostage-taker in Paris was killed in a separate clash, along with three of his hostages.

France has been high alert since the country's worst terror attack in decades — the massacre Wednesday in Paris at the satirical newspaper Charlie Hebdo that left 12 people dead.

By Friday afternoon, explosions and gunshots rang out and white smoke rose up outside a printing plant in Dammartin-en-Goele, northeast of Paris, where brothers Cherif Kouachi, 32, and Said Kouachi, 34, had holed up with a hostage.

Security forces had surrounded the building for most of the day. After the explosions, a police SWAT forces were seen on the roof of the building and a police helicopter landed nearby it.

Audrey Taupenas, spokeswoman for the town near the Charles de Gaulle airport, said the brothers died in the clash. Their hostage was freed.

Another gunman who took at least five hostages Friday afternoon at a kosher grocery in Paris also died in a nearly simultaneous raid there, said Gael Fabiano of the UNSA police union.

The gunman, identified as Amedy Coulibaly, had earlier threatened to kill his hostages if French authorities launched an assault on the two brothers, a police official said. The two sets of hostage-takers know each other, said the official, who was not authorized to discuss the rapidly developing situation.

One other police officer said three hostages also died at the grocery. None could say what happened to the woman listed on a police bulletin as his accomplice.

Security forces stormed the Paris grocery near the Porte de Vincennes neighborhood minutes after news of clashes at the printing plant. Moments later, several people were seen being led out of the store. It was not clear exactly how many hostages had been inside or how many were freed.

Trying to fend off further attacks, the Paris mayor's office shut down all shops along Rosiers Street in the city's famed Marais neighborhood in the heart of the tourist district. Hours before the Jewish Sabbath, the street is usually crowded with shoppers — French Jews and tourists alike. The street is also only a kilometer (a half mile) away from Charlie Hebdo's offices.

The gunman had burst shooting into the kosher store just a few hours before the Jewish Sabbath began, declaring "You know who I am," the official recounted. The attack came before sundown when the store was crowded with shoppers. Several wounded people were able to flee, police said.

Paris police released photos of Coulibaly, also believed responsible for the roadside killing of a Paris policewoman, and one of a second suspect, a woman named Hayet Boumddiene, who they said was his accomplice.

About 100 students were placed under lockdown in schools nearby and the highway ringing Paris was closed.

Hours before and 40 kilometers (25 miles) away , a convoy of police trucks, helicopters and ambulances streamed toward Dammartin-en-Goele, a small industrial town near Charles de Gaulle airport, to seize the Charlie Hebdo suspects, who had hijacked a car in a nearby town after more than two days on the run.

"They said they want to die as martyrs," Yves Albarello, a local lawmaker inside the command post, told French television station i-Tele.

With the brothers trapped, Charles de Gaulle closed two runways to arrivals to avoid interfering in the standoff or endangering planes.

Both brothers had ties to terrorist networks. Cherif Kouachi was convicted of terrorism charges in 2008 for ties to a network sending jihadis to fight U.S. forces in Iraq.

Both brothers were also on the U.S. no-fly list, a senior U.S. counterterrorism official said.

Nine people, members of the brothers' entourage, have been detained for questioning in several regions.

The satirical weekly Charlie Hebdo had long drawn threats for its depictions of Islam, although it also satirized other religions and political figures. The weekly paper had caricatured the Prophet Muhammad, and a sketch of Islamic State's leader was the last tweet sent out by the irreverent newspaper, minutes before the attack. 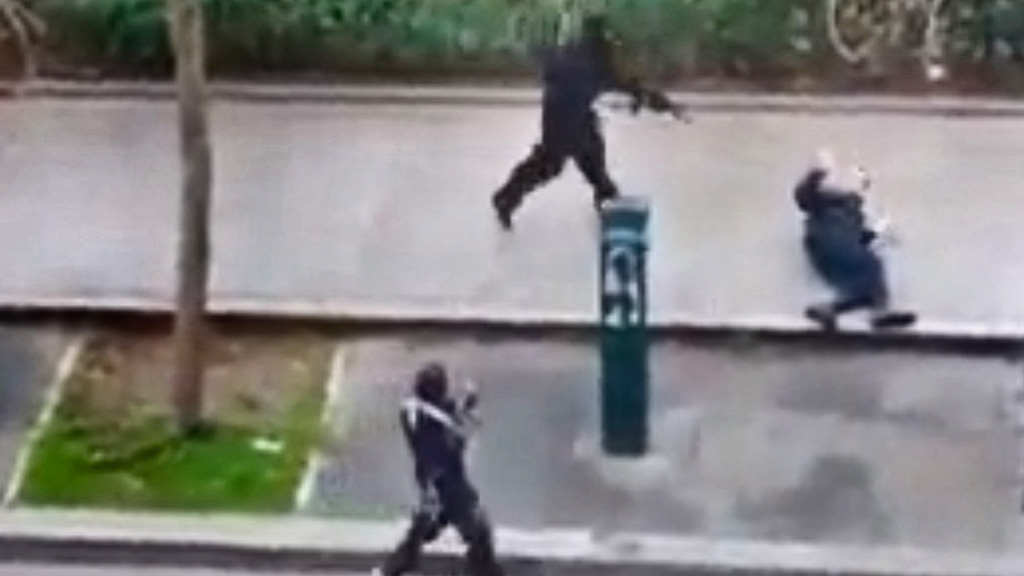 Eight journalists, two police officers, a maintenance worker and a visitor were killed in the newspaper attack, including the paper's editor. Charlie Hebdo plans a special edition next week, produced in the offices of another paper. 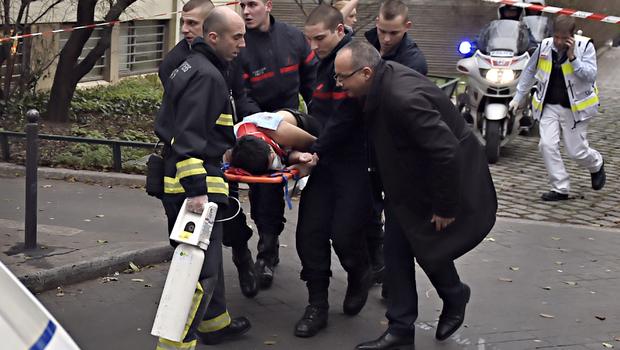 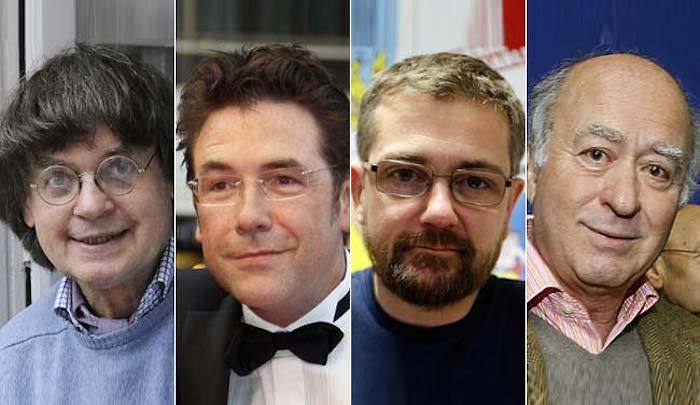 Authorities around Europe have warned of the threat posed by the return of Western jihadis trained in warfare. France counts at least 1,200 citizens in the war zone in Syria — headed there, returned or dead. Both the Islamic State group and al-Qaida have threatened France, home to Western Europe's largest Muslim population.