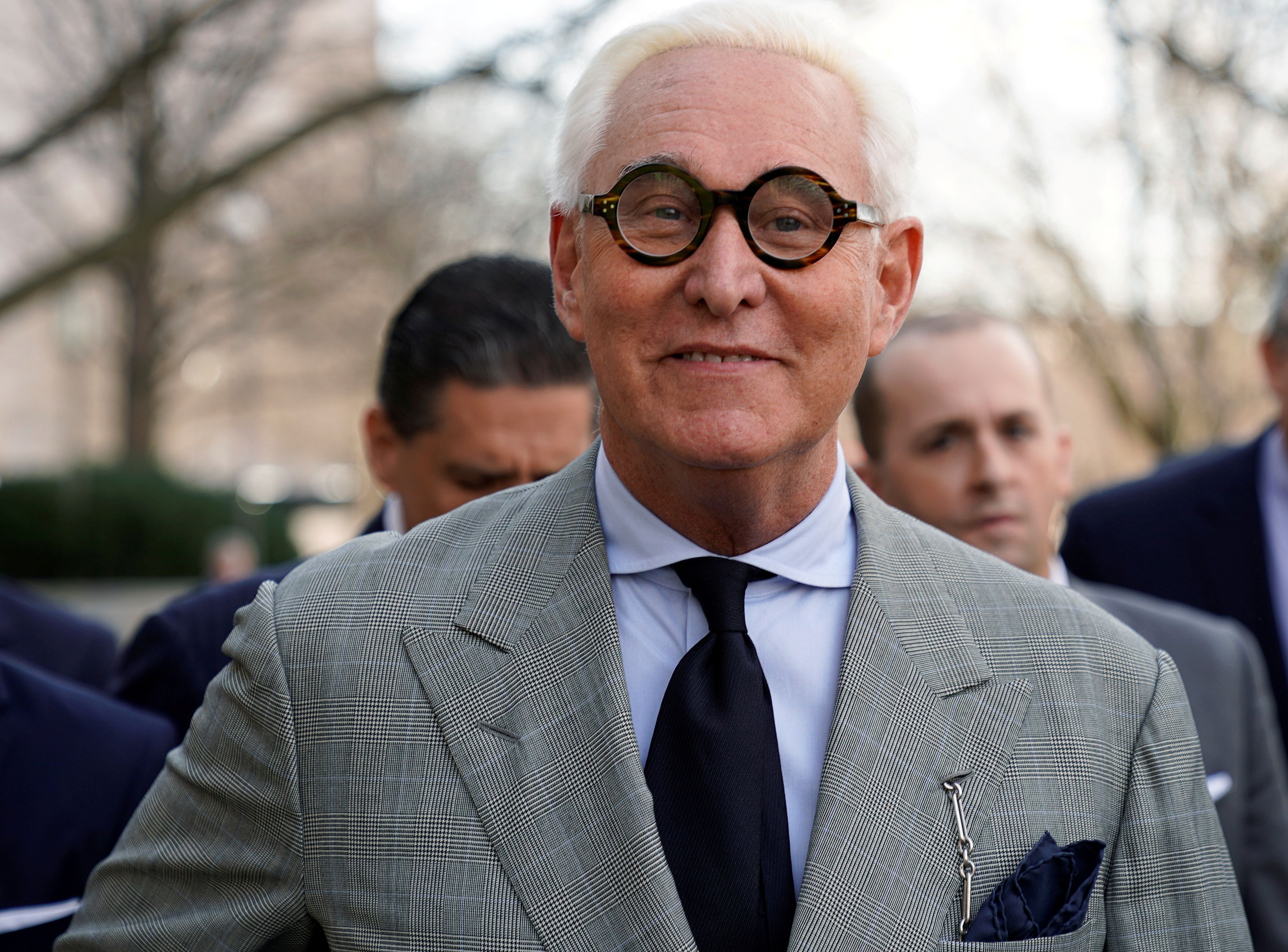 "Roger Stone is a victim of the Russia Hoax that the Left and its allies in the media perpetuated for years in an attempt to undermine the Trump Presidency," Press Secretary Kayleigh McEnany said in a statement.

"There was never any collusion between the Trump campaign, or the Trump Administration, with Russia. Such collusion was never anything other than a fantasy of partisans unable to accept the result of the 2016 election."

McEnany wrote: "The collusion delusion spawned endless and farcical investigations, conducted at great taxpayer expense, looking for evidence that did not exist."

She said the charges against Stone "were the product of recklessness borne of frustration and malice."

"Roger Stone is well known for his nearly 50 years of work as a consultant for high-profile Republican politicians, including President Ronald Reagan, Senator Bob Dole, and many others. He is also well known for his outspoken support for President Donald J Trump and opposition to Hillary Clinton."

Stone was convicted in November on all seven counts of an indictment that accused him of lying to Congress, tampering with a witness, and obstructing the House investigation into whether the Trump campaign colluded with Russia to tip the 201....

He was the sixth Trump aide or adviser to be convicted on charges brought as part of special counsel Robert Mueller’s investigation into possible Russian interference in the 2016 election.

Earlier on Friday, a federal appeals court denied an emergency request from Stone to delay the start of his prison term by two months because of coronavirus fears, Bloomberg News reported.

“Stone proffers for the first time new facts regarding what he describes as positive tests for COVID-19 at the prison facility to which he has been assigned,” the appeals court in Washington, DC, wrote.

The court said Stone didn't prove that he was in danger of catching the virus, adding: “Stone never afforded the district court the opportunity to consider that new evidence and make any relevant fact findings in a motion for reconsideration.”

Last week, US District Judge Amy Berman ordered Stone to report to prison on July 14 — two weeks later than his initial prison term start date of June 30, which was pushed back because of the pandemic.

Trump had previously hinted that he would pardon Stone, who he said is a "victim of a corrupt and illegal Witch Hunt, one which will go down as the greatest political crime in history."

During his trial, Stone was found to have lied to protect Trump when the then-Republican-led House of Representatives inquired about the 2016 campaign's efforts to reach WikiLeaks.

WikiLeaks was the website that released damaging emails about Hillary Clinton, Trump's Democratic rival in the 2016 election.

In April, Stone had his request for a new trial on charges related to the Russian elect....

Stone had claimed the jury forewoman was biased against his friend — the president — and therefore him, and so he petitioned for a new trial.

But Berman, who originally sentenced Stone on charges, rejected this.

Stone recently told Fox News: "So at this point, the judge has ordered me to surrender in two weeks and at 67 years old with some underlying health problems, including a history of asthma, I believe with the coronavirus it is essentially a death sentence."

He said that he was indicted as he "refused to bear false witness" against Trump.

America we need this president gone !