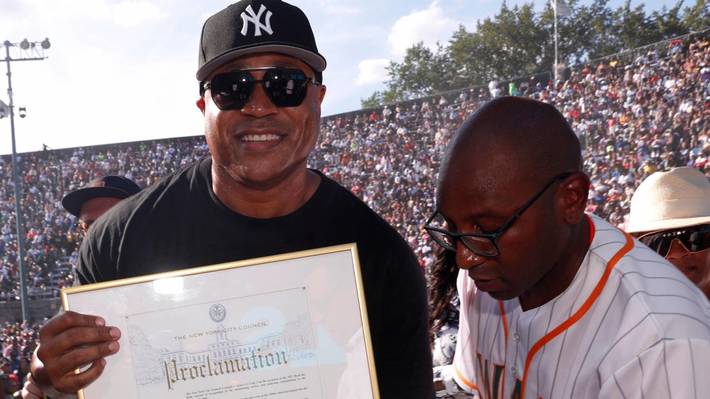 LL COOL J was presented with a key to the city in his hometown of Queens, New York during the inaugural Rock The Bells Festival on Saturday (August 6). Speaker of the New York City Council Adrienne Adams presented the Hip Hop icon with the declaration as part of a special ceremony honoring his contributions to the culture.

Adams shared a handful of photos to her Twitter account of the event with the caption: “Hollis, Queens was represented today at @RockTheBells as the @NYCCouncil celebrated a true Queens legend, the one and only @llcoolj! It was an honor to present him with a proclamation acknowledging his undeniable impact on Hip Hop and popular culture.”