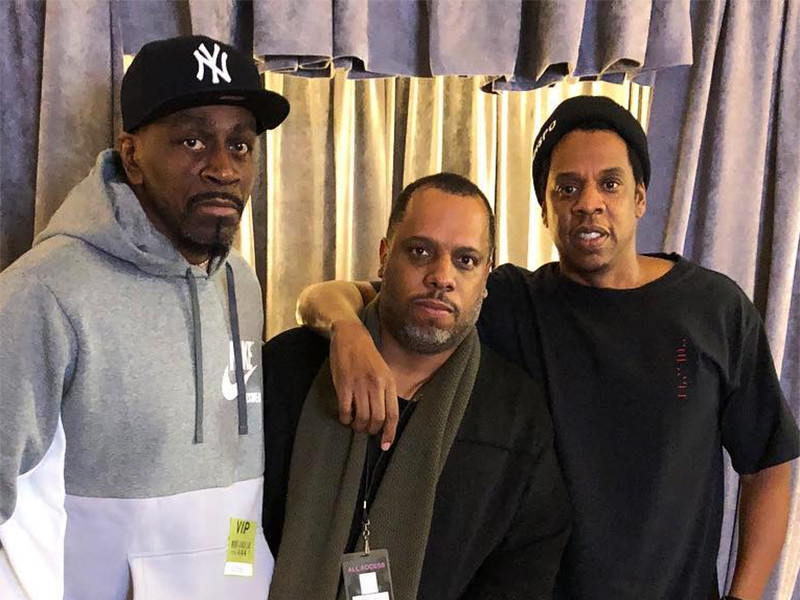 CHICAGO, IL – JAY-Z and Jaz-O appear to have turned a corner on their long-standing beef. The two Brooklyn natives were photographed together backstage at JAY-Z’s 4:44 Tour stop in Chicago on Tuesday night (December 5).

The picture, uploaded to Instagram by Roc Nation’s Emory “Vegas” Jones, features JAY-Z, Jaz-O and producer No I.D. along with the caption, “Tonight going to be a special night Chitown. Few legends in the building… #444 #Brooklyn #Chicago”

The rift between JAY-Z and Jaz-O – who is often regarded as Jigga’s mentor in the rap game – is said to have started when Jaz refused to sign to Hov’s Roc-A-Fella Records imprint in the early 2000s. There were rumors that Jaz didn’t trust the label’s then-CEO, Damon Dash, and that he wasn’t satisfied with the money being offered. JAY-Z later fueled the latter rumors on his The Blueprint 3 track, “What We Talkin’ About.”

“Dame made millions, even Jaz made some scraps/ He could’ve made more, but he ain’t sign his contract,” JAY-Z rapped.

It was also widely speculated that Jaz-O supplied Nas with some of the information he used in his iconic JAY-Z diss track “Ether,” though this has never been confirmed.

While the two have exchanged a number of barbs on wax over the years, JAY-Z has continued to credit Jaz-O for his success. This was evidenced on “I Do It For Hip Hop,” a track from Ludacris’ 2008 album, Theater of the Mind, where Jigga raps: “Thank God for Kool Herc/ Without your shit I probably would’ve got merked/ Shout out to Grandmaster Flash and to Caz/ And even Jaz bum-ass.”

JAY-Z also made a peace offering in June with a nod to Jaz during his tweetstorm about all his influences.

JAY-Z and Jaz-O, who both hail from the Marcy Projects housing complex in Brooklyn, have collaborated on a number of songs over the years. Jaz (also known as Big Jaz) worked extensively on JAY-Z’s Reasonable Doubt debut, producing the album’s second single, “Ain’t No Nigga,” and featuring alongside Sauce Money on the LP’s penultimate track, “Bring It On.”