Real Sean P.. fans pick this up.. Sean Price’s legacy will never be forgotten but his longtime rap hub of Duck Down Records is commemorating his branded “monkey bars” with something that’s both tangible and golden. 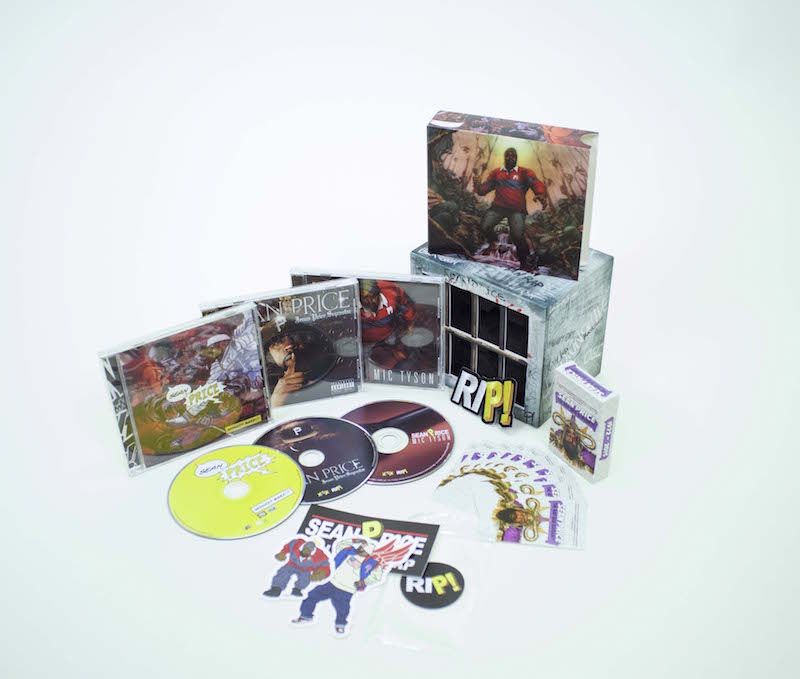 Rest In Power: The Hip Hop Community had powerful reactions to the passing of one of their own.

The revered underground stalwart, who also made up a fixture of Boot Camp Clik, one-half of Heltah Skeltah, four albums as member of supergroup Boot Camp Clik and one-third of Random Axe (with Guilty Simpson and Black Milk), passed away in August of 2015, leavingthe entire Hip Hop community reeling. The Sean Price Silverback Gorilla Box set serves as a worthy addition to any rap fan who values collectibles, as only 500 of these were created.

But hey, don’t allow our bias to be your guide. Take it from Peter Rosenberg and Dallas Penn, who are out here doing their best QVC rendition (make that BSN — Brownsville Shopping Network!) to get the units off of shelves. All the Sean Price bundles are currently available at www.shopduckdown.com.