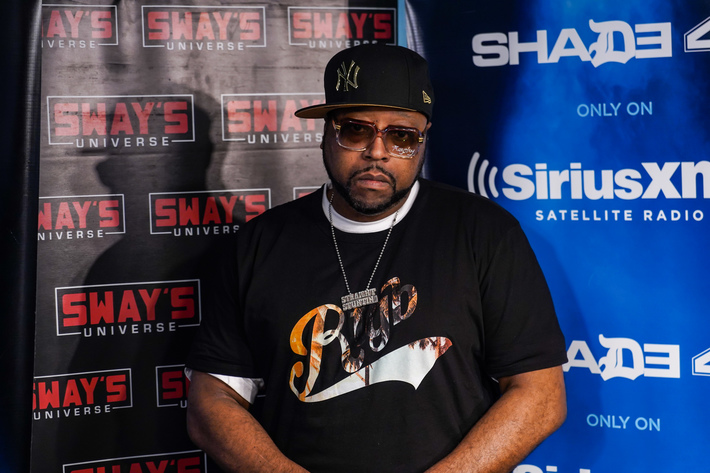 DJ Kay Slay’s brother has given an update on the New York artist and record executive’s condition after he was hospitalised with COVID.

Speaking to HipHopDX, Kwame Grayson said that his 55-year-old sibling was “definitely not going to die” and is currently in “a recovery state”.

He also said that the reports claiming the DJ – real name Keith Grayson – had been put on a ventilator were false, explaining: “It was a machine that was helping him breathe, but it was not a ventilator. I don’t know where they get this information.

“He was on a machine that was helping him breathe because he couldn’t breathe. A couple of days ago, he was in a state where everybody thought he really wasn’t going to make [it].”

Kwame said that Slay is “definitely not going to die” and added: “He was slowly fading away, but God didn’t let that happen. Everything in time and when they found out who he was, they got him powered up again. So he’s up and going.

“He’s like in a recovery state, but he’s definitely not going to die. You can trust me on that.”

Earlier this week, music manager Wack 100 said that it wasn’t “looking good” for DJ Ka.... “Been 14 days fighting COVID and he’s just been put on a ventilator,” he wrote. “Keep him in your prayers please.”

Kwame told HipHopDX that his brother’s loved ones were initially “freaking out” over his condition, but said some of the information reported previously was “definitely inaccurate”.

“It was not true. He’s gonna live,” he explained. “He’s just in a recovery state right now.”

Kwame added: “He couldn’t even talk. But he was slowly fading out, but God is good. He’s not going to die. They’re going to move him to a private hospital, hopefully a joint where everybody can come visit him. But he’s not gonna die. That’s not in the cards. He’s in a recovery state. He’s getting stronger. He’s gonna be alright.”

Hip-hop promoter and producer Van Silk had told HipHopDX that he had been concerned about DJ Kay Slay’s health for some time, and claimed that the artist wasn’t vaccinated against COVID.