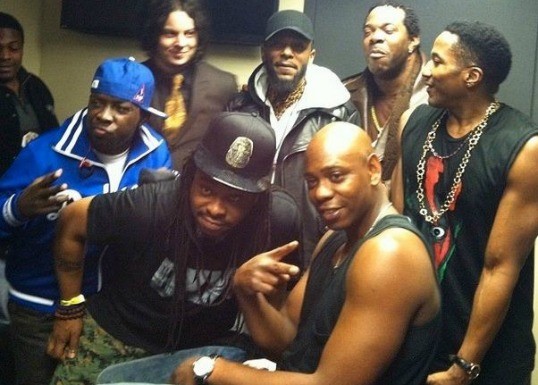 NEW YORK CITY, NY – Come November 12, Saturday Night Live will have one its most purest Hip Hop episodes in a long time, as Dave Chappelle is making a glorious return to sketch comedy and A Tribe Called Quest will be on hand as musical guests to promote their upcoming album, We got it from Here… Thank You 4 Your service.

The timing of the episode couldn’t be any more impeccable for political jokes, for the country will have elected its next commander-in-chief, whether it be Hillary Clinton or Donald Trump. A Saturday Night Live Primetime Election Special is scheduled for November 7, a day before the voting goes down.

It will be the first time hosting NBC’s long-running series for the 43-year-old veteran comedian, whose early 2000s Comedy Central show, Chappelle’s Show, greatly impacted Hip Hop culture in just two-and-a-half seasons. The stakes are equally high for the influential Queens rap collective, who are not only rolling out their first album in 18 years, they’re doing it without founding member Malik “Phife Dawg” Taylor, who passed away in March due to complications from diabetes. Longtime ATCQ affiliate and cousin of Q-Tip, Consequence tells HipHopDX that this will be the Tribe’s first time blessing Saturday Night Live all the same.

Created by Lorne Michaels, SNL made its debut on on October 11, 1975, and has featured countless celebrities as hosts, rap stars as musical guests and birthed a load of future stars.