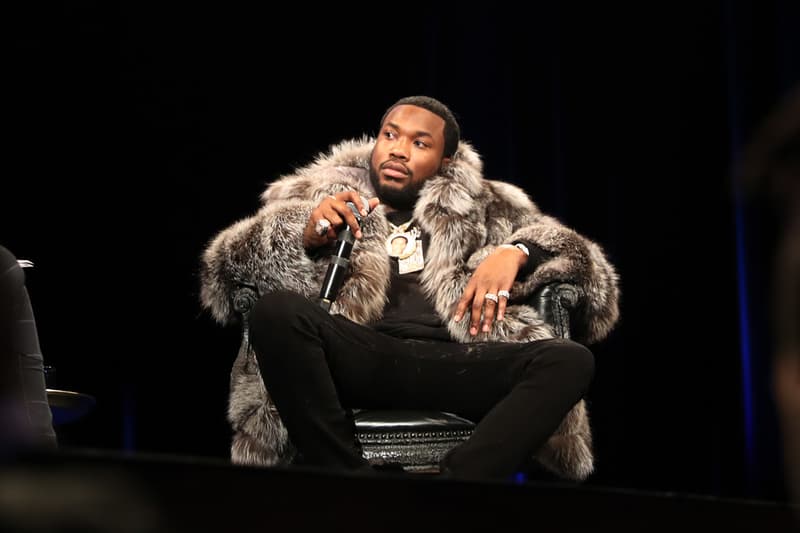 As promised, the Cosmopolitan Hotel & Casino has issued a public apology to Meek Mill. The Las Vegas hotel delivered a statement via Twitter on Friday (May 31), admitting the Philly-bred artist never had a prior altercation on their property as they originally claimed.

“We apologize to Meek Mill for how we handled the situation on Saturday, May 25, as we did not act in a respectful manner and were wrong,” the statement reads. “Meek Mill has not had any prior incident on our property.

“The Cosmopolitan has zero tolerance for discrimination and we pride ourselves on providing an inclusive environment. We look forward to welcoming Meek Mill back to the resort.”

Meek was barred from entering the Marquee Dayclub on Saturday (May 25). He called them out on social media and ultimately got his legal team involved.

Attorney Joe Tacopina threatened to sue the Sin City hotel for what Meek viewed as racist behavior. Swae Lee, Yo Gotti, O.J. Simpson and Snoop Dogg are all said to have experienced similar treatment at the Cosmopolitan and other Vegas hotels.

Tacopina sent a letter to the Cosmopolitan, which was obtained by HipHopDX.

“Your hotel’s failure to provide a reason for singling our Mr. Williams [Meek Mill] is incredibly telling,” Tacopina wrote. in part. “In short, we have learned that the Cosmopolitan maintains a list of African American recoding artists who should be denied access for no other reason than their culture and skin color.

“Such course of conduct constitutes discrimination per se, in violation of state and federal law, and exposes you to significant monetary damages.”

[This article has been updated. The last version was published on May 30, 2019 and can be found below.]

The head honchos at the Cosmopolitan Hotel & Casino in Las Vegas will reportedly apologize to Meek Mill.

TMZ says they have spoken to sources close to the situation who claim the hotel will issue a “significant public apology” after threatening the Philly-born rapper with arrest over Memorial Day weekend.

Meek was attempting to enter the Marquee Dayclub at the Cosmopolitan for a DJ Mustardshow on Saturday (May 25) when he was stopped by security. They proceeded to inform him he wasn’t allowed on the property but unable to give Meek a concrete answer as to why.

They later claimed it was because of a previous altercation Meek had at the hotel. Then, they circled back and said the Marquee was simply at capacity.

Meek’s attorney, Joe Tacopina, immediately called them out for their perceived racist behavior.

“The assertion that the Cosmopolitan denied Meek because of capacity concerns at Marquee Dayclub is outright false,” Tacopina said in a statement. “In the recorded video, Meek also inquired about getting a meal at one of the hotel’s restaurants, yet their security team continued to deny Meek.

“[They] said he would be arrested for trespassing regardless of location in the premises. The Cosmopolitan’s conduct continues to be deplorable.”