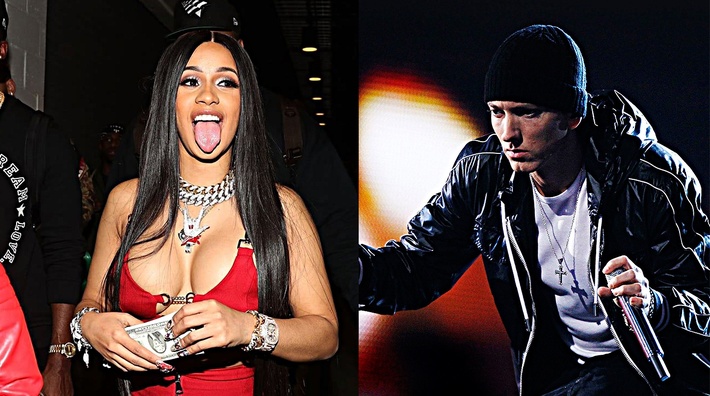 Like only she could do,  Cardi B shut down a Twitter user saying Eminem rejected a request to be featured on her in-progress sophomore album, and that Em made a judgmental comment in the process.

An account with under 2,300 followers wrote, “Insiders Report: that Eminem has now declined a ft request for Cardi B’s upcoming project: says ‘she doesn’t care about the culture or her craft.’” A subsequent tweet added, “Don’t shoot me I’m just reporting what the insiders said.”

“BIG LIES….I get off the internet and ya makin shit up Cardi replied to an account alleging Em declined the opportunity to work with her. “I haven’t sent no songs to no artist yet. Love his work and much respect. This don’t even make sense.” She offered a couple more comments along the way, including, “y’all laughing about this fake rumor but wait until y’all see these next collabs.”

She also had time for someone who sent a since-deleted tweet:
Source Complex/WaneEnt