Barack Obama, Bill Clinton, and GEORGE W. Bush Offer to Get CORONAVIRUS VACCINE ON Camera to Prove It's Safe 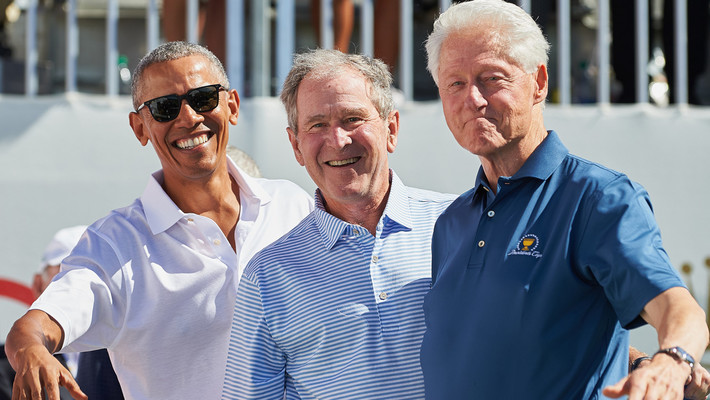 Former presidents Barack Obama, George W. Bush, and Bill Clinton have offered to get a coronavirus vaccine when it's available to prove that it's safe.

In a recent interview on SiriusXM's The Joe Madison Show, Obama suggested that he was more than happy to help ease concerns regarding the vaccines that are on the way. "I promise you that when it's been made for people who are less at risk, I will be taking it," he explained, suggesting that he'll take it if Dr. Anthony Fauci, the director of the National Institute of Allergy and Infectious Diseases, says it's safe. "I may end up taking it on TV or having it filmed, just so that people know that I trust this science." Obama previously revealed that he would take the vaccine on Complex's 360 With Speedy Morman. "

"I will take it once the FDA approves it," Obama told Speedy. "If Dr. Fauci says it's alright, if the Biden administration—who I know will have surrounded him with the best scientists and experts—if they say, this is not only effective, but also safe, then not only will I take it, but my whole family will take it."

Also in the interview, Obama addressed the skepticism surrounding vaccines in the Black community. "I understand, you know, historically—everything dating back all the way to the Tuskegee experiments and so forth—why the African American community would have some skepticism," Obama said. "But the fact of the matter is, is that vaccines are why we don't have polio anymore, the reason why we don't have a whole bunch of kids dying from measles and smallpox and diseases that used to decimate entire populations and communities."