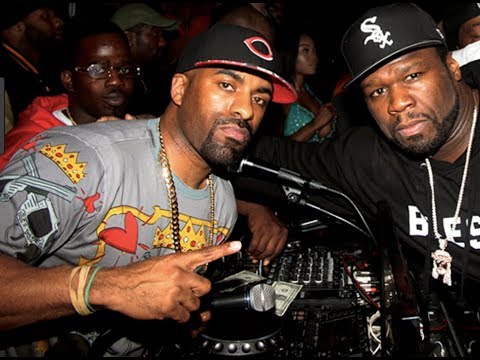 New York is buzzing. Pop Smoke’s posthumous Shoot For The Stars, Aim For The Moon album dropped  Friday (July 3). The buzz has been sparked by a feverish aftermath over controversial cover art and high-profile features.

However, album executive producer 50 Cent is currently engaged in static with an industry figurehead who he assumed would be an automatic ally in spreading the news: Power 105’s DJ Clue.

The veteran producer was extremely instrumental in pioneering the art of Hip Hop DJ’s breaking records for the streets on their road to the charts and platinum plaques. But according to 50, he doesn’t feel inclined to give the late NYC star a boost because of a lack of exclusivity.

“This fool @djclue got in his feelings, and said he not playing POP Smoke new joint because he didn’t get the record first,” 50 fumed on Instagram before alerting a mortal rival of Clue’s who’s likely to take advantage of the situation down the line.

“FUCK YOU CLUE, you don’t mean shit! @funkflex been kicking your ass up and down the street for years you little retard. I done sold 30 million records you think i give a fuck if you play my music … is you stupid, is you dumb nigga? … I think you should get punched in the face, … i don’t know why, but i’m almost sure yo ass getting punched in the face. Nothing crazy just a lower case L You know the vibes nigga.”

Approximately one hour after 50 Cent’s lava-level rant, Clue responded on Instagram he did indeed to support the project (which as of press time, is currently atop Apple’s iTunes charts).

“We Repping For My Guy @Realpopsmoke All Day On @Power1051,” Clue captioned on the photo. “Including 9pm When I’m Playing The Entire Album. Tune In Power1051Fm.Com or Download The @IheartRadio App & Stream It Live … #TeamPanama.”