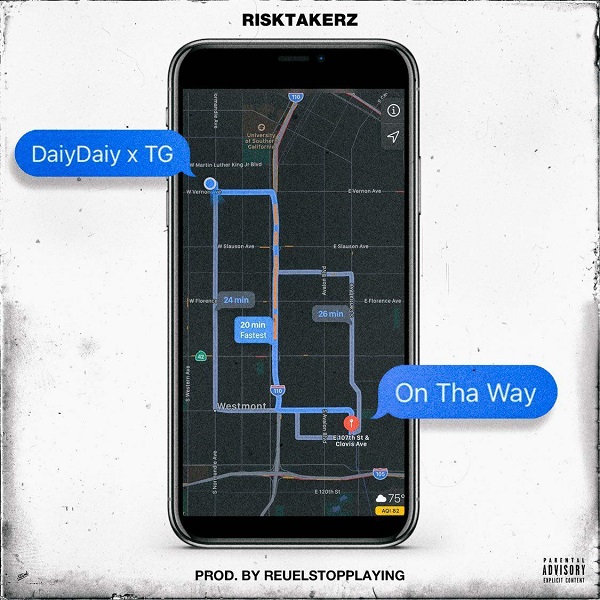 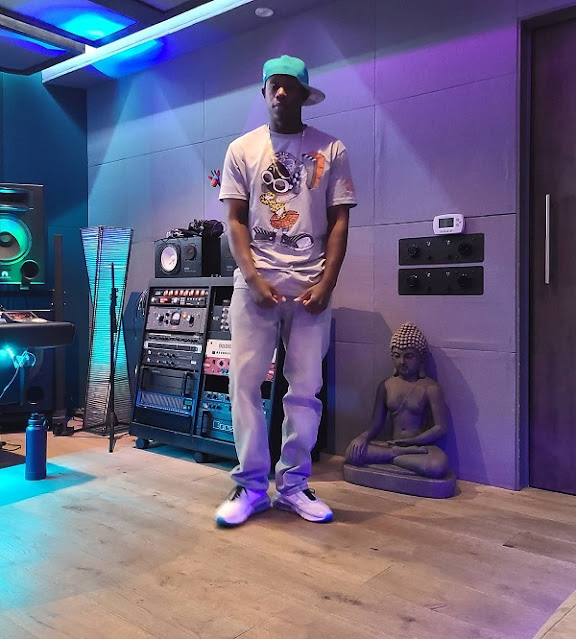 Growing up in the hood near Los Angeles, DaiyDaiy developed an early love for rap music and made friends with would-be rappers early on. While serving a 12-year prison sentence, DaiyDaiy befriended TG – now his labelmate and collaborator – and saw new possibilities for himself. In his single “On Tha Way,” he raps about where he’s been and where he’s going.

“I went to jail when I was 17 years old. I got out September 21, 2020. ‘On tha Way’ was the first song I ever did. I made it October 13, three weeks after I got out,” DaiyDaiy says. As he got his freedom back, he realized what a powerful time it was. “I named it that because when I got out they threw me in the lions’ den and I seen that everyone had they scrapes, so I also wanted mines. TG said ‘You wanna rap? We got everything set up.’ I felt like that was both my coming home introduction and me being on the way to success.”

Propelled by TG’s beat, the song is marked by a relentless energy, which is seconded by the song’s video. The video shows DaiyDaiy and TG in the hood with others, evoking both the violence and camaraderie of DaiyDaiy’s upbringing. “It’s a motivational song. If you came out of a dark place, it’s something you should listen to,” DaiyDaiy said. “When people hear it, I want them to think ‘Whoever this person is, they’re on the way to something.’”

The original version of “On Tha Way” is available on all streaming sites and on “Pro’z and Con’z,” a joint EP by DaiyDaiy and TG. “Tha Top,” an upcoming song and video by DaiyDaiy, is also on that EP.

A remix of “Tha Top” will be on DaiyDaiy’s debut EP, “First Quarter.”

DaiyDaiy has a number of projects in the works, including collaborations with his childhood friends, Desto Dubb and Upallnyte. He also has another featured project with labelmate TG called “Coachable,” and is very active with the clothing and accessory line RiskTakerz.